Alcohol: How much am I really drinking?

Alcohol can be enjoyed as part of a healthy lifestyle, but drinking too much alcohol can be dangerous. According to the World Health Organisation (WHO), excessive drinking accounts for approximately 5.1% of the world’s global burden of disease, and a study published in The Lancet suggests that alcohol misuse leads to over 2.8 million deaths every year.

Studies reveal that drinkers frequently underestimate the amount of alcohol they consume. Research conducted in the UK, US, and Australia shows that moderate drinkers may underestimate their average alcohol intake by as much as 40% because they:

Drinking more than 12-14 units of alcohol per week increases the likelihood that you’ll suffer from a heart attack or stroke at some point in your life, and people who frequently consume too much alcohol are known to be at increased risk of developing conditions like:

Drinking too much alcohol can also increase your risk of certain cancers, and create a chemical dependency.

How much alcohol should I be drinking?

Understanding how much alcohol it is safe to drink can be challenging. Some health professionals maintain that there is no safe amount of alcohol, and recommend we think in terms of high and low-risk drinking instead.

Establishing a threshold for low-risk drinking can be equally challenging. There are no globally accepted guidelines for the safe consumption of alcohol, and individual health agencies tend to provide inconsistent and varied advice.

These contradictory guidelines can make it difficult to work out how much alcohol you can drink, and it’s not easy to remember the exact amount of alcohol associated with the measures employed by your health agency.

Here, you will find the alcohol intake guidelines for different countries, and the conversion figures to help you compare the various recommendations.

All available guidance agrees that alcohol should be avoided by women who are pregnant, planning to become pregnant, or currently breastfeeding. You should also avoid alcohol if you are:

It is advisable to avoid alcohol if you have a family history of alcohol-related diseases like liver cirrhosis or hepatic cancer.

According to the Chief Medical Officer (CMO) for England, healthy men and women should aim to drink no more than 14 units (or 112g) of alcohol per week. This equates to ten 125ml glasses of low-strength wine, or six pints of low-strength beer.

The CMO also recommends that men and women spread their drinking over several days, taking care to leave at least three alcohol-free days every week. Alcohol free days will help to break the habit of drinking every day and may reduce the impact alcohol has on your liver.

For reference, a drink (or drink equivalent) is defined as a drink containing exactly 14g of pure alcohol, which means that an American man should drink no more than 14 small (125ml) glasses of wine per week, or 14 small bottles of low-strength beer.

Public Health France advises that all men and women limit themselves to two glasses of alcohol per day, and defines a glass as ‘a beverage containing 10g of alcohol’. This is equal to 11 small (125ml) glasses of wine per week, or seven pints of low-strength beer.

However, Public Health France also recommends that everyone have several alcohol-free days per month, and recommends a weekly cap of 10 standard drinks (or 100g of pure alcohol).

The DGE defines a regular drink as any drink containing 10-12g of alcohol, which means their guidelines for men are roughly equivalent to 11 small (125ml) glasses of wine per week, or seven pints of low-strength beer.

Note: Limiting the amount of alcohol you consume in a short space of time can help to reduce the chances of accidental injury and death. Avoiding binge drinking behaviour also helps to cut down on the damage done to your liver and other vital organs.

According to India’s National Drug Dependence Treatment Centre (NDDTC), everyone should avoid drinking more than two drinks per day (defined as 20g of pure alcohol). The NDDTC also recommends that everyone has at least two alcohol-free days per month.

The rest of the world

How much alcohol do we really consume?

Average alcohol intake is also affected by gender, socioeconomic status, and a range of other factors, which can make it difficult to provide average statistics for the rate of alcohol misuse. 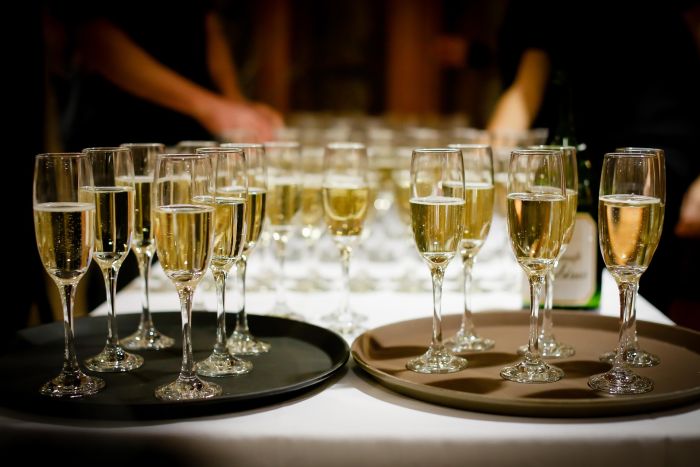 Here, you will find a breakdown of the average alcohol intake according to country.

According to the Office for National Statistics (ONS), approximately 56.9% of UK residents over the age of 16 regularly drink alcohol.

24% of UK residents over the age of 16 also drink more than the CMO’s recommended weekly allowance (14 units per person), while Alcohol Change UK reports that approximately 27% of all UK drinkers engage in binge drinking.

Binge drinking is defined as consuming lots of alcohol in a short space of time, or drinking to get drunk. This behaviour is normally associated with an increased risk of:

In 2017, the NHS recorded 5,843 alcohol-specific deaths. 80% of these deaths were caused by alcoholic liver disease, and a further 9% were caused by mental and behavioural disorders as a result of alcohol misuse.

However, alcohol consumption may be falling, particularly in the younger population. In 2015, a study involving 10,000 respondents aged 16-24 found that the number of people happy to say that they would never drink alcohol had risen from 18% in 2005 to 29% in 2015. The same study also found that people aged 16-24 were likely to drink less alcohol, and engage in less binge drinking.

According to the National Survey on Drug Use and Health (NSDUH), approximately 56% of adult Americans regularly drink alcohol (60% of men, 45% of women).

23% of American men report binge drinking at least five times per month, and the Talbott Recovery in Atlanta reports that high-risk drinking behaviour is on the rise among women - up 58%, according to a study published in 2017.

Between 2006 and 2010, the CDC recorded 88,000 alcohol-related deaths and found that excessive drinking was responsible for one in 10 deaths among working age American adults (20-64 years).

Further studies conducted in 2017 show that alcohol use and high-risk drinking behaviour is becoming more popular in America.

According to the WHO, approximately 51% of adults drink alcohol. However, France does have the highest per-capita alcohol consumption figures, with the average drinker consuming over 16 litres of alcohol per year.

Interestingly, consumption figures are far higher among men, and binge drinking is more prevalent in the male population, with between 40 and 69% of men in France admitting they engage in heavy episodic drinking.

German adults consume roughly 11.4 litres of alcohol per year, which is significantly higher than the DGE’s recommended intake.

Drinking may be less popular among younger age groups, with one study finding that only 10% of teens had tried alcohol (down from 20% in 2004). However, alcohol-related issues are still understood to cost the German economy an estimated €40 billion every year.

What are the risks of drinking too much alcohol?

Drinking too much alcohol is directly linked to over 200 different medical conditions, including:

As alcohol can directly damage your cells, excessive drinking has been linked to several forms of cancer, including bowel, oesophageal, mouth, breast, and liver cancer.

The health risks associated with alcohol misuse are directly linked to the amount you drink. This means that underestimating your alcohol consumption, or regularly drinking too much alcohol can significantly increase your risk of developing health complications.

According to a study published in The Lancet, drinking less than 100g of pure alcohol per week should help to minimise any long-term damage, and allowing your liver to rest for at least three days per week can aid recovery. Try to:

How can I tell if I am drinking too much alcohol? 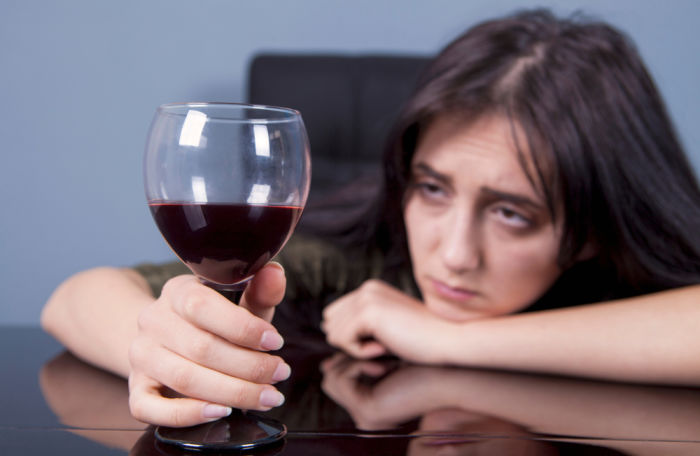 Other signs of alcohol misuse include:

You could try to keep a drink diary, or use Drinkaware’s Drink Calculator to keep track of the alcohol you are consuming. The NHS’s free Drinks Diary offers hints and tips to help you get on top of your drinking.

How can I cut down on my alcohol consumption?

Reducing your alcohol intake can be challenging, but the benefits are considerable. To make the process easier, practice these simple steps:

You should never attempt to stop drinking overnight or suddenly. Over time, your body can become dependant on alcohol, which means that it can be dangerous to stop drinking too quickly. Your doctor will be able to support your recovery, and help you to cope with any withdrawal symptoms.

Get tips on cutting down on alcohol, and you can find support networks in your home country via Soberistas, a ‘worldwide community of friendly, non-judgemental people, all helping each other to kick the booze and stay sober.’

How much alcohol can I drink before driving?
The safest option is not to drink any alcohol at all if you plan to drive. Learn about drinking and driving here - using content verified by certified...
How long does alcohol stay in your blood?
On average, it takes about 1 hour for your body to break down 1 unit of alcohol. Learn about how long alcohol stays in your blood here - using content...
Can you cure a hangover?
Is it possible to cure a hangover? This article explains all. Get tips on ways to prevent or improve a hangover after festive drinking this Christmas....
Alcohol: How much is too much?
How much alcohol is too much? Find out how much alcohol is OK and how to cut down if you think you’re drinking too much.
Alcohol units
It's a good idea to keep an eye on how much we drink, but how many of us really know what a unit of alcohol is?
What to read next

How much alcohol can I drink before driving?

The safest option is not to drink any alcohol at all if you plan to drive. Learn about drinking and driving here - using content verified by certified...

How long does alcohol stay in your blood?

On average, it takes about 1 hour for your body to break down 1 unit of alcohol. Learn about how long alcohol stays in your blood here - using content...

Can you cure a hangover?

Is it possible to cure a hangover? This article explains all. Get tips on ways to prevent or improve a hangover after festive drinking this Christmas....