Did you know that alcohol affects women’s health and wellbeing more than men’s? Discover the links between alcohol and breast cancer, fertility, weight gain, periods and more – plus how to cut your risk if you’re drinking too much without realizing.

What you need to know about women and alcohol

Sharing a bottle of wine over dinner, sinking a few beers while watching the game, or enjoying cocktails with friends after work – they can all feel like normal ways to unwind.

“But drinking can easily become a regular routine,” says Dr Ann Nainan, family doctor and Healthily expert. “And it turns out that we might have lost touch with what safe levels of alcohol are – more people are binge drinking, or drinking amounts that can affect their health without realizing it.”

It can also be a shock to realize how much more easily women’s health and wellbeing can be affected by alcohol than men’s. So find out the hows and whys here, and sense-check your risk.

Research has found that US women in their 30s and 40s are drinking more than in previous decades. Which means you’re not alone if you find yourself:

Although men traditionally drink more often and more heavily than women, scientists say the gap is closing. According to the Centers for Disease Control and Prevention (CDC), almost 58% of adult men say they drank in the past 30 days, while women aren’t too far behind, at 49%.

Some of the reasons for this increase may include:

Fluctuating female hormones may have a surprising effect on your drinking – as the drop in progesterone the week before your period may make you more anxious and sensitive to stressful situations.

“As relieving stress and anxiety are key reasons why people have an alcoholic drink, research shows women may be more likely to drink during that week of their menstrual cycle,” says Dr Ann.

What about the rise of the ‘sober curious’?

A growing number of studies show that younger adults (aged about 16-24) are more likely to drink less or avoid alcohol altogether. But although this ‘sober curious’ generation is on the rise, that doesn’t mean harmful drinking isn’t still happening.

In fact, binge drinking – having 4 or more drinks on 1 occasion for women (or 5 for men) – is most common in adults aged 18-34. In the US, over 90% of adults who drink excessively are binge drinkers.

And you may not even realize you’re binge drinking. “You only need 4 or 5 drinks in 1 session for it to be classed as a binge,” says Dr Ann. Read more about whether you’re drinking too much without realizing.

Simply put, it’s down to differences in biology:

Drinking is more damaging for women

There are some common health risks with drinking alcohol that can affect women more seriously: 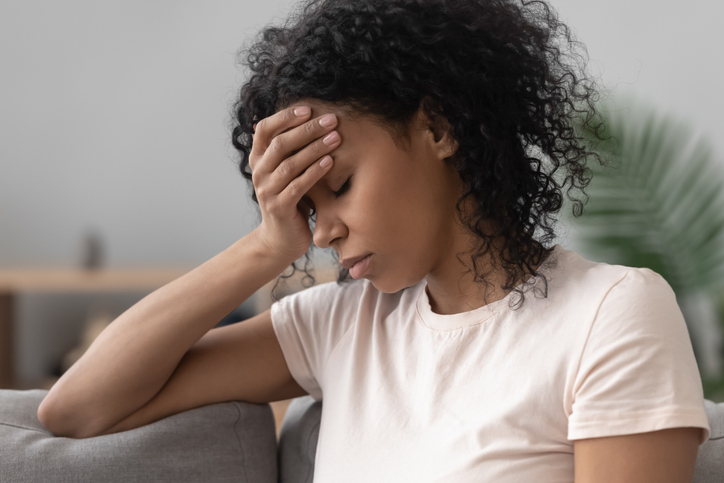 The specific health risks of drinking for women

Women are also at risk of some specific problems from drinking alcohol.

Although the exact causes of breast cancer aren’t known, we do know that drinking alcohol – even at low levels – increases your risk of getting breast cancer.

Scientists say drinking alcohol increases the amount of estrogen in our bodies – a risk factor for breast cancer – and creates a chemical called acetaldehyde.

Our bodies break down alcohol into acetaldehyde, which can trigger cancerous cells to grow, and also stops our bodies being able to fix any damaged cells.

A major study published in The Lancet revealed that alcohol was directly responsible for 98,300 cases of breast cancer worldwide in 2020 alone.

Other research has found that:

Trying to get pregnant? Or asking: why does my period stop when I drink alcohol? Wine time could be a problem:

See your doctor if you’re worried that your periods have become irregular or stopped altogether. They can check if it could be to do with your drinking, or if there’s another cause.

Talk to your doctor if you’re worried about drinking and a pregnancy, or if you feel you may be alcohol dependent (read more about alcohol misuse).

There are several ways that alcohol can affect your body as you go through menopause (when your periods stop):

Read more about drinking during menopause. 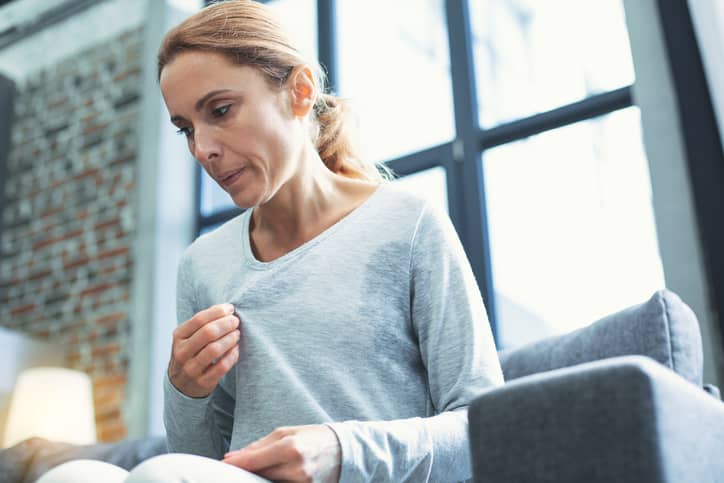 Are you drinking too much without realizing?

“There are 3 types of drinking that can cause health and wellbeing problems, and they all come under the umbrella of ‘excessive alcohol use,” says Dr Ann. “But many of us don’t even realize we’re drinking to excess. This is partly because alcohol affects women differently to men, and so health risks happen at lower levels.”

Here’s what you need to know about excessive alcohol use:

Should you cut down on your drinking?

This depends on how much you’re drinking right now, and whether you want to make a difference to your lifestyle.

Here’s what the experts say:

What happens when you quit drinking?

The good news is that if you do decide to stop drinking alcohol, you’ll start to notice improvements to your health and wellbeing, including:

However, if you feel you’re dependent on alcohol, or you get withdrawal symptoms, don’t try to suddenly stop drinking by yourself. This can be dangerous. Speak to a doctor – they can help you cut down safely. Read more about alcohol support.

Did you find this useful?

We include references at the end of every article, so you know where we get our facts. We only ever take evidence from medically-recognised sources, approved by the UK National Health Service's The Information Standard, or certified by Health On the Net (HON). When we talk about popular health trends or claims, we'll always tell you if there's very little or no evidence to back them up. Our medical team also checks our sources, making sure they're appropriate and that we've interpreted the science correctly.

Choose the topics relevant to you
You can unsubscribe anytime. We use Braze to deliver our newsletters based on your interests to your email address. We won’t share this information with other third parties. See our Privacy Policy for more information. By subscribing you agree to our terms.