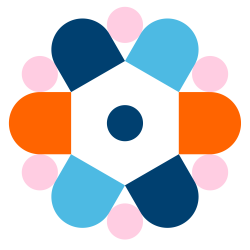 Hantaviruses are a family of viruses spread mainly by rodents like mice and rats. They’re found all over the world and cause a range of diseases that are usually mild but can be severe.

People usually catch hantaviruses by breathing in virus particles released into the air from the urine, droppings or saliva of infected rodents. Hantaviruses are also sometimes spread by bites from infected animals and in very rare cases can spread between people.
.
There are 2 main groups of Hantaviruses: ‘New World’ and ‘Old World’.

‘New World’ hantaviruses are found in the Americas and can cause a lung disease called hantavirus pulmonary syndrome (HPS). This is a rare illness that can cause the lungs to fill with fluid.

‘Old World’ hantaviruses are common in Europe, Asia and Africa and can cause bleeding disorders that also affect the kidneys. This type of illness is known as haemorrhagic fever with renal syndrome (HFRS).

It’s thought that about 150,000 people every year develop HFRS, with most of these infections taking place in China.

Disease symptoms vary depending on the type of hantavirus you catch, and some people may have no symptoms at all. The mildest form of HFRS is called Nephropathia epidemica and is caused by the most common hantavirus, known as the Puumala virus. It can cause fever and muscle pains quickly. It can also reduce the number of tiny blood cells called platelets in your body, which are essential for blood clotting and healing.

In some cases, Nephropathia epidemica can cause short-sightedness and occasionally it can make your kidneys fail. But more than 99% of people with the mild form of HFRS make a full recovery.

More severe forms of HFRS—caused by the Dobrova, Hantaan and Seoul viruses—can lead to blood escaping from your vessels. Howeer, more than 85% of people with severe HFRS recover.

HFRS symptoms usually develop between 2 and 4 weeks after exposure, but can appear as quickly as 2 days or as late as 8 weeks after infection.

HPS cases are quite rare and people with the syndrome initially get flu-like symptoms such as muscle aches, fatigue and fever.

About half of people with HPS may:

Within about 4 to 10 days, other symptoms like coughing and shortness of breath may also appear.

But enough people haven’t developed HPS yet for scientists to know exactly how long it takes for symptoms to appear.

Health agencies like the US Centers for Disease Control and Prevention say they seem to start within 1 to 8 weeks of exposure and it estimates that 38% of people with HPS die. When to worry about hantavirus

Because hantavirus disease can be severe and even fatal, it’s important to see a doctor straight away if you have been around rodents and have fever, muscle aches or severe shortness of breath.

There aren’t any specific vaccines or treatments for hantavirus diseases, but certain therapies can still improve your chances of recovery.

People with HPS may be given oxygen therapy in an intensive care unit if they have serious difficulty breathing.

People with severe HFRS may be given a treatment called dialysisif their kidneys are failing. This removes waste, salt and excess water from the body.

Who is at risk of hantavirus?

People who handle rodents or come into contact with them as part of their job are more likely to catch a hantavirus.

You may be at a higher risk if you:

There are many ways you can reduce your risk of hantavirus infection. You can:

Scientists first recognised hantavirus during the Korean War in the 1950s, when 3,000 United Nations soldiers developed HFRS. It’s estimated that around 150,000 people develop HFRS each year, mostly in China.

HPS is far less common. A major outbreak took place in the 4 Corners’ region of the US — Utah, Colorado, Arizona and New Mexico — in 1993. Thirteen people died during this outbreak after developing HPS from the ‘Sin Nombre’ hantavirus, which is carried by deer mice.

But fewer than 750 cases were reported in the US and Canada in the 2 decades following this outbreak. Since 2000, HPS outbreaks have occured in Panama, Argentina and in Yosemite National Park in the US. The most recent outbreak occurred from October 2018 to January 2019 in Argentina.

If you are infected you should see a doctor as soon as possible to reduce your risk of developing severe disease.

What are Platelets and Why are They Important? | Johns Hopkins Medicine [Internet] hopkinsmedicine.org. [Accessed 12 October 2020] Available here.

Zika virus
Information about Zika virus and advice on travelling to an affected area.
Yellow fever
Yellow fever is a serious viral infection that is usually spread by the Aedes aegypti mosquito. It can be prevented with a vaccination.
West Nile virus
There is no specific treatment for West Nile virus (WNV). If you have mild WNV, your symptoms will usually get better without treatment after several ...
Tetanus
Tetanus is a serious but rare infection caused by bacteria. It usually occurs when a flesh wound becomes contaminated.
Rabies
Rabies is a very serious viral infection that targets the brain and nervous system. It is spread to humans through the saliva of infected animals.
What to read next

Information about Zika virus and advice on travelling to an affected area.

Yellow fever is a serious viral infection that is usually spread by the Aedes aegypti mosquito. It can be prevented with a vaccination.

There is no specific treatment for West Nile virus (WNV). If you have mild WNV, your symptoms will usually get better without treatment after several ...